Road construction can be a lengthy, disruptive process—so ensuring that your project stays on schedule is one of your most important responsibilities as a project manager. Even before groundwork can be begin, the planning stages of some roadways require months of soil analysis by engineers. Public consultation can also be a factor in road-building plans that pushes back schedules. While they do take time to complete, these activities are crucial in defining the scope of the project and assessing potential risks. In this blog, learn how curing sensors can help evaluate concrete pavement strength.

Once the planning stage is complete, contractors bid on the job. With a winning bid selected, further land surveying begins. Geographical obstacles are removed, and the foundation of the roadway can be cut, filled, and compacted with different layers of soil and aggregate material. This process ensures that the pavement will have a stable surface to sit on.

At this point, drainage systems and electrical infrastructure can be put in place before the pavement material is laid.

Asphalt is the chosen pavement material for many road construction projects due to its low cost—but concrete is becoming increasingly popular for a number of reasons:

In short, concrete roads are a better long-term investment.

What About Testing for Monitoring Concrete Pavement Strength? 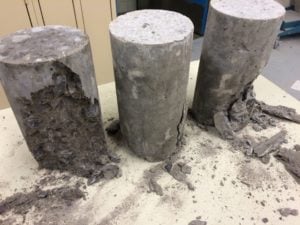 One thing traditionally seen as an obstacle to the use of concrete is the need for concrete cylinder testing. This requires samples of various mix designs to be cured and tested for compressive strength, as outlined by ASTM C39 and AASHTO T 22 Standard Method of Test for Compressive Strength of Cylindrical Concrete Specimens.

Whether these samples are cured onsite or in a laboratory, they need to be tested in a third-party lab. As a project manager, this reliance on a third party can be frustrating as the lab’s testing schedule is completely out of your control. Several steps in the testing process – such as waiting for samples to be picked up, for the tests to be run on them, and for results to be communicated – can create significant delays for your crew.

According to Plangrid and FMI, 35% of construction professionals’ time (over 14 hours per week) is spent on non-productive activities including looking for project information, conflict resolution and dealing with mistakes and rework.

In the already unpredictable world of construction, adding the additional variable of third-party testing for concrete pavement strength feels like a significant sacrifice. This can push a lot of contractors building roads to choose the cheaper—albeit shortsighted—solution of paving with asphalt.

But there’s a better way.

Maturity is a non-destructive approach to concrete testing that allows you to estimate the early-age and compressive strength of in-place concrete in real-time. Adopting the maturity approach in your jobsite eliminates the need for concrete cylinder break tests, allowing you to greatly optimize your schedule.

ASTM C1074 is the standard for concrete maturity, while AASHTO T 325—Standard Method of Test for Estimating the Strength of Concrete in Transportation Construction by Maturity Tests—provides procedures for estimating concrete strength in roads, bridges, and other transportation structures through the use of a maturity index.

Both standards require mix design calibration for maturity testing. ASTM and AASHTO have slightly different calibration (ASTM C511 vs AASHTO T 276), so make sure you are aware of which standard applies to you based on your location. Each state has its own Department of Transportation with unique specifications, so be sure to familiarize yourself with any applicable rules.

After your concrete mix is calibrated for maturity testing, you can use wireless concrete curing sensors to test the maturity of your in-situ slab and monitor the strength of your poured concrete onsite and in real-time!

How Will the Maturity Method Save You Time on Pavement Projects?

Opening roads to traffic after construction is complete is one of the highest priorities in terms of meeting project deadlines. Even opting for lane closures can be extremely expensive due to costly penalties for delays. In short, the sooner you can open roads, the better!

The U.S. Department of Transportation Standard Specifications for Construction of Roads and Bridges on Federal Highway Projects FP-14 states that new or restored roads can’t be opened to traffic sooner than 14 days after the slabs have been placed unless they reach a compressive strength of 4,000 pounds per square inch (28 MPa).

If—before your slab is poured—you install SmartRock® sensors on the formwork, you and your crew will be able to monitor the strength of your concrete in real-time as it cures, using the SmartRock Mobile App. Depending on your mix design, this could enable you to open roads to traffic much sooner.

“It’s always been an option to use the maturity curve, but in 2018 the Idaho Transportation Department made it mandatory for Highway Construction projects to perform maturity testing in accordance with ASTM C1074 to confirm compressive strength for form removal and loading,” says James Heilman, co-owner and VP.

Heilman estimates that SmartRock saved half-a-day pour for every pour that was on the “critical path.” The IDT interchange project involved over 20 pours. Over a two-month period, Heilman says “I’d say we shaved five-to-ten days off the schedule by using SmartRock…and completed the work 10 to 15 percent faster.” 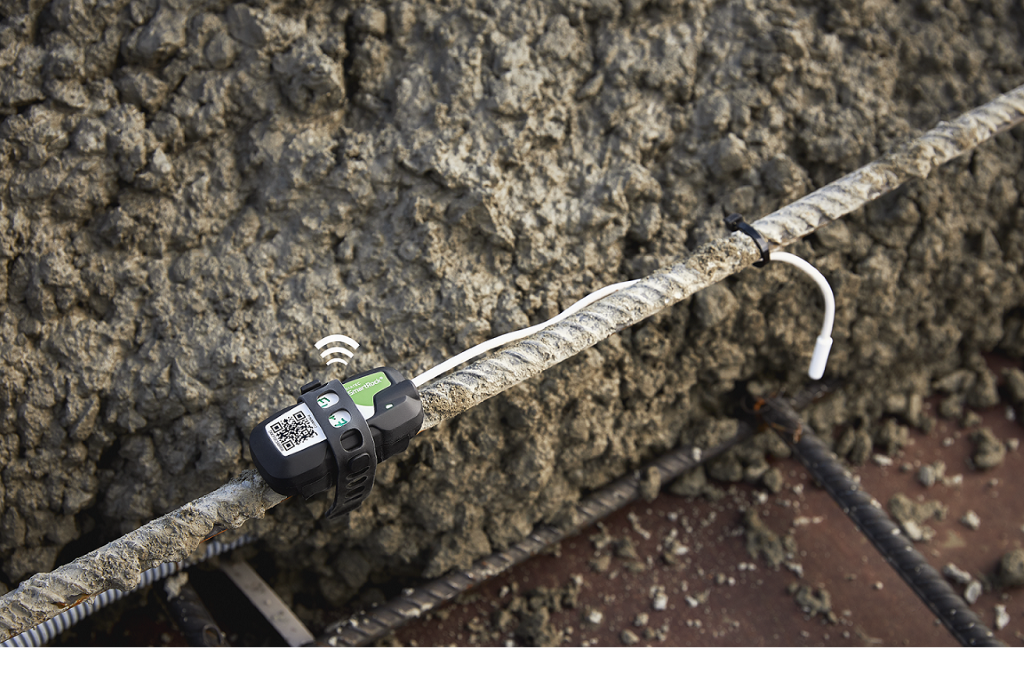 If you build concrete roads, you’ve undoubtedly experienced project delays because of concrete cylinder testing. Switching to testing concrete strength with SmartRock and the maturity method will enable you to obtain data regarding the curing and hardening of your concrete element—onsite or remotely, in real-time.

From the moment your crew pours the project’s first slab, you’ll have access to all the information you need to open roads to traffic ahead of schedule.

*Editor’s Note: This post was originally published in June 2020 and has been updated for accuracy and comprehensiveness.