S&F Concrete’s roots trace back to 1965 in New London, Connecticut, when three gentlemen—Jack Santos, Antonio Frias, and Joseph Frias—began a business as cement masons for hire. Three years later, the Frias brothers moved north and incorporated S&F Concrete in Massachusetts. The company has been a Massachusetts fixture ever since.

During the construction of the 28-storey Wynn Hotel and Casino in Boston, Massachusetts—a region in which post-tensioned buildings are not common—S&F Concrete Contractors needed an accurate temperature monitoring system that would also be able to provide reliable concrete strength data.

Steve aimed to convince the project engineers that these wireless sensors would speed up their construction schedule without compromising the quality of the data. The Wynn Hotel and Casino project was the perfect opportunity to test his hypothesis.

With 150,000 yards of concrete poured in this high-rise construction, the S&F team used three SmartRock sensors for each 300-yard concrete slab. Aside from monitoring concrete maturity and strength, the sensors were also used to monitor temperature gradients during the mass pour in the hotel’s basement garage.

Once installed on the rebar and embedded into the fresh concrete, the sensors started transmitting concrete strength data wirelessly to workers’ smartphones. The data was then shared with the entire team in order to determine when to tension the slabs. According to Steve, who has been with the company for over 6 years, everyone on the team was able to access information easily using the SmartRock app.

Before any work started, the project engineers ran tests comparing the SmartRock sensor data to the results of the cylinder breaks. Repeatedly, they found that the maturity meters provided similar, if not more accurate, results than the lab break tests.

As such, the engineers felt confident enough to eliminate early break tests, and by the time they reached the fifth floor of the high-rise, they eliminated break tests entirely. Steve and his team noted that they were more comfortable relying on sensor readings than concrete cylinders, which had too many variables and inaccuracies.

“One cylinder not being at strength could cost us an entire day on site.”

Relying solely on SmartRock sensor data, the S&F team was able to schedule tensioning of slabs within an hour of the concrete achieving the required strength instead of waiting a minimum of 24 hours for break test results. If the first break wasn’t at strength, they would have to wait an additional 6, 12, or even 24 hours to perform another break.

Because this was the first post-tensioned building that S&F Concrete Construction worked on, it is difficult to say exactly how much time was saved; however, from first pour to finish, this massive, 28-storey high-rise took six months to complete.

SmartRock proved to be the most cost-effective and economical option for S&F Concrete. During his decision-making process, Steve looked at a number of similar concrete monitoring systems, but none of them matched Giatec’s SmartRock in terms of cost, capabilities, and value. “Once the sensors were set up, we didn’t look back,” says Steve, who was using the maturity method for the first time.

According to Steve, the ability to share real-time data internally with his contractors and engineers was the best feature of SmartRock maturity sensors. Communicating with the project’s foreman and scheduling post-tensioning was as easy as sending a screenshot of the sensor data (located in the SmartRock app) the minute the concrete reached the required strength. They could then tension the slabs within the hour without waiting on results from the lab. 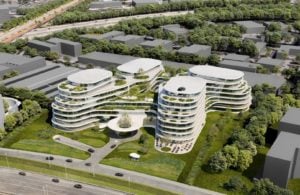 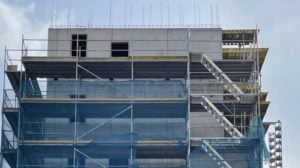 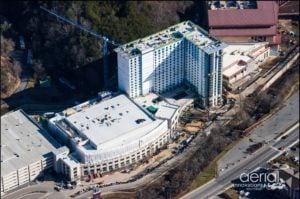 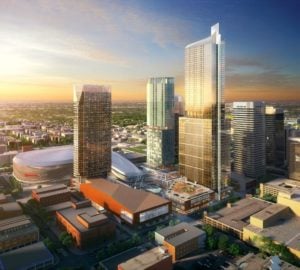 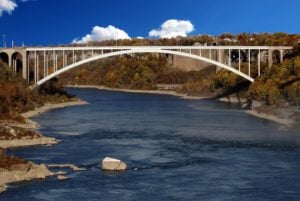 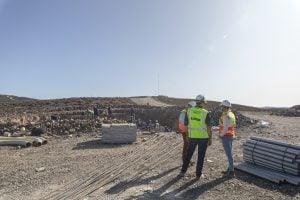