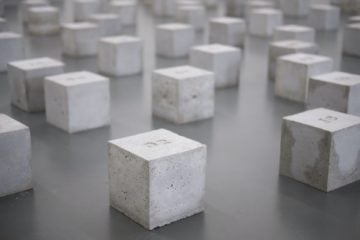 Concrete testing methods differ from place to place and each country has their own specifications that must be followed. While engineers and project managers in America adhere to the American Standard Testing Method (ASTM) C39 / C39M , Standard Test Method for Compressive Strength of Cylindrical Concrete Specimens, those residing in Britain adhere to the standard BS EN 12390, Testing hardened concrete, Compressive strength of test specimens, outlined by the British Standards Institute.

What is the Concrete Cube Test?

Like the cylinder break test, the concrete cube test is performed for the purpose of determining the compressive strength of a concrete element. The cubes used for this test have a dimension of 150 x 150 x 150 mm as long as the largest aggregate does not exceed 20 mm. Generally speaking, the cubes are cured for and tested at 7 and 28 days, although certain projects might require curing and testing times of 3, 5, 7, 14, or more days. The results from the compressive strength test are used to determine the strength of the concrete.  If the test results are inconclusive or show that your concrete isn’t curing as quickly as it should, you risk not being able to advance your project as soon as you would like to.

What is the Standard for Concrete Cube Test?

Standards for different methods of concrete testing are either governed by the British Standards Institute or by the client. They outline all the aspects and details required to carry out the tests and ensure they are properly performed. QEM Solutions outlines the standards for concrete cube testing as follows:

A list of the National Concrete Standards relevant to Cube Testing are:

When it comes to testing the compressive strength of any material, the formula goes as follows:

This breaks down as the load applied at the point of failure to the cross-section area of the face on which the load was applied. Performing a test for the compressive strength of a concrete cube consists of a few steps. First off, the concrete being tested is poured into a mould meeting the size requirements mentioned above — 150 x 150 x 150mm. Second, the concrete is appropriately tempered to remove any voids or gaps in the concrete. Then, after 24 hours of curing, the test specimens are removed from the forms and put into curing baths to regulate the curing period. Once the specimens have been cured for the duration outlined in the project specifications, the surface of the specimens is made smooth and even. The specimen is then put into a compressive strength testing machine and gradually put under load at the rate of 140 kg/cm2 per minute until the specimen fails. While tests are required in the project specifications to ensure the safety of your concrete element, concrete cube tests can be time consuming and can delay your project timeline. The good news is that project managers and engineers don’t need to rely solely on concrete cube tests during their projects. Companies like Hunnu Concrete LLC have improved their concrete testing accuracy by using SmartRock® wireless concrete maturity sensors.

Although concrete cube tests might still be required in your project, you can use these concrete sensors to cut timelines and gain more confidence in your test results. As demonstrated in this case study, thanks to the wireless temperature and strength sensors, Hunnu was able to accurately track all data. This meant that when temperatures continued to increase by 5 degrees they knew right away when to add cold water to the concrete to decrease temperatures. With the help of SmartRock, they were able to hold the temperature of the in-situ concrete at 70 degrees Celsius for the remainder of the project and ensured consistent curing and strength development.

If you regularly use concrete cube testing, you may be used to the patience it requires, and the delays from third-party. The reality is, those delays can be costly and are no longer necessary. The methodology behind the concrete cube test has been used on jobsites since the 19th century. Despite that, little to no progress has been made to speed up the testing process. However, thanks to innovative technology and research, there are other ways to test the strength of your concrete that don’t include destructive methods.

See how you can improve your concrete testing with SmartRock and SmartRock® Plus.