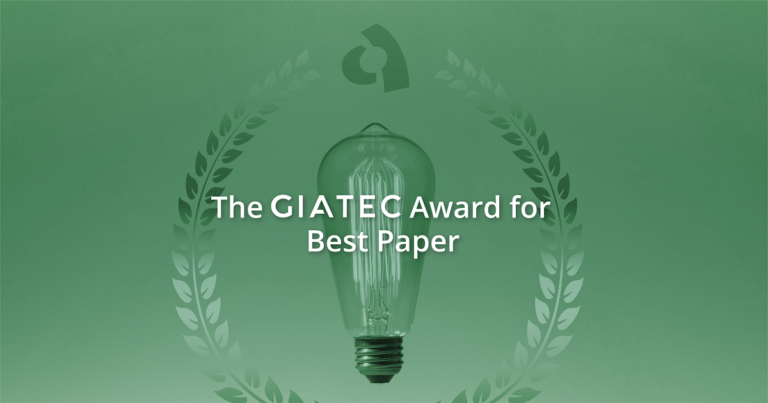 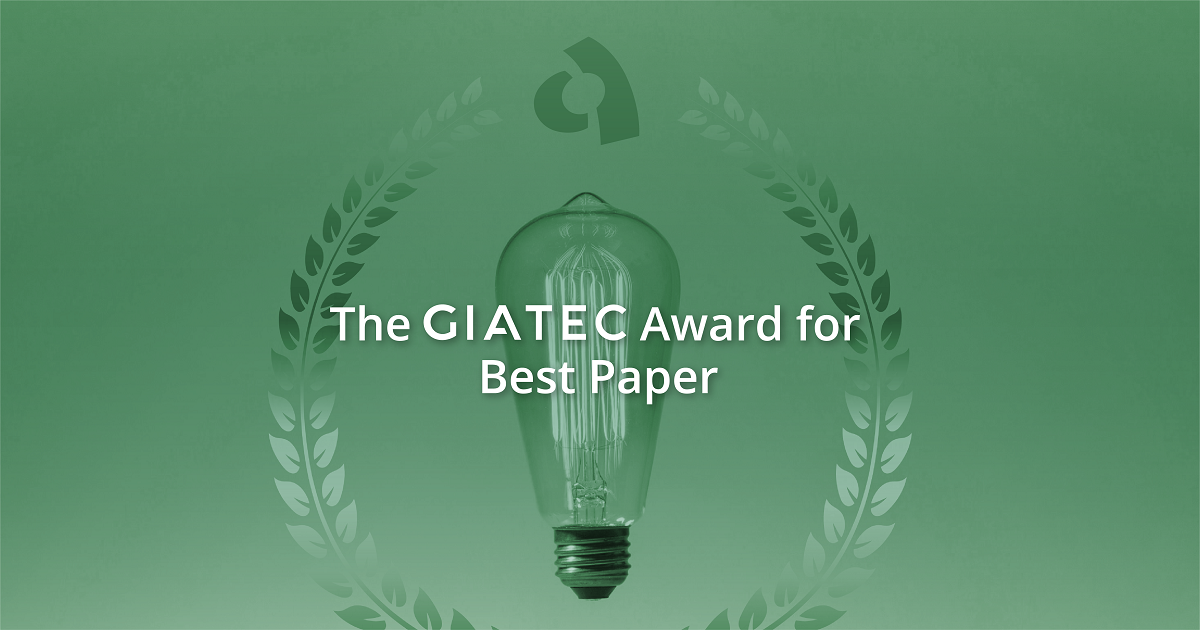 Winner of the Giatec Award for Best Paper

Synopsis
The authors propose a novel three-staged incremental stress-marching technique to study nanoscale longtime phenomena, specifically creep, in atomistic simulations. The stress-induced time-dependent behavior of C-S-H was investigated by the application of a chain of aging shear cycles at the nanoscale. The model results showed a stretched exponential relaxation in the first stage. When fully relaxed, C-S-H was found to behave viscoelastically upon further loading, which the authors described by the standard solid model. By progressively increasing the interlayer water, the time-dependent response of calcium-silicate-hydrates was found to exhibit a transition from viscoelastic to logarithmic creep. The results of the study bridge the gap between theoretical atomistic simulations and nanomechanical experimental measurements, which paves the way for the design of reduced aging construction materials starting from the nanoscale behavior of the material.

Resistance of concrete to different exposures with chloride-based salts
A. Ghazy, M.T. Bassuoni

Synopsis
The authors study the behavior of concrete exposed to different de-icing salts (NaCl, CaCl2, MgCl and CaCl2 + MgCl2) under two different environmental conditions (constant low temperature and wetting/drying (W/D) cycles), using mass change, expansion, relative dynamic modulus of elasticity, x-ray diffraction, chloride permeability and environmental scanning electron microscopy equipped with energy-dispersive x-ray. The results clearly highlight the stages of deterioration associated with different exposure conditions and the influence of fly ash and nano-silica in mitigating the deterioration. The results also show the form and morphology of calcium oxychloride and magnesium oxychloride formed under such exposure. The results provide clear guidance to transportation agencies on the use of specific types of de-icing solutions that are detrimental to concrete (such as CaCl2 + MgCl2 and CaCl2). The study also indicated that the restrictive limits on fly ash in concrete serving in chloride-laden environments may produce concrete less durable than alternative noncompliant mixtures with higher fly ash dosages.

Synopsis
The authors present a study in which alkali-silica reaction (ASR) gels were synthesized and tested to investigate the effects of chemical composition (Ca/Si, Na/Si, and K/Si atomic ratios) on the gels’ free swelling strain and restrained swelling pressure. From the results, regression models were developed linking the gels’ composition to their swelling properties. The results show that Na/Si and K/Si monotonically increase the swelling strain. It was also found that increasing Ca/Si up to 0.23 drastically reduces the swelling strain and higher Ca/Si has modest effect on free swelling. The restrained swelling pressure was found to increase by increasing calcium up to a pessimum Ca/Si level; this pessimum value was found to relate to the alkali content of the gel. Finally, the results show that the restrained swelling pressure also increases by increasing the gel’s alkali content, while a pessimum Na/Si ratio exists in the range of 0.85- 0.95. The results clearly advance our understanding of the mechanical properties of ASR gel and provides insight to novel methods to mitigate ASR through, perhaps, manipulating the gel composition and properties.

Synopsis
The authors propose a calcium aluminate cement (CAC) formulation containing NO3-AFm to serve as anion exchange coatings that are capable of binding large quantities of Cl? ions, while simultaneously releasing NO3- species, which are known to be corrosion inhibitors. The study quantifies the chloride binding capabilities, experimentally and through thermodynamic calculations, and ion-diffusion coefficients, through impedance spectroscopy, for a series of hydrated CAC formulations containing admixed Ca(NO3)2. This data is then inputted into a multi-species Nernst-Planck formulation, which is solved for a typical bridge-deck geometry using the finite element method to compare the service-life of concrete with such coating to traditional portland cement systems. The results indicated that Cl? scavenging CAC coatings can significantly delay the time to corrosion compared to traditional OPC-based systems for the same cover thickness. This opens the door for new options for repair/rehabilitiation coatings for chloride-laden environments.

Synopsis
This research introduces the use of pure hydrated alumina, Al(OH)3, as a cement replacement to mitigate ASR. Samples containing 20 and 30% Al(OH)3 cement replacement were used and studied through ASTM C1293 (concrete prism test), pore solution extraction and analysis, thermogravimetric analysis and microstructural analysis through scanning electron microscopy. The results showed that Al(OH)3 can mitigate ASR through: (a) reducing the pH and alkalis in concrete pore solution, (b) consuming and reducing portlandite and dissolved calcium in the pore solution, (c) reducing silica dissolution and damage to aggregates at high pH. The results pave the way for new ASR mitigation methods that can be very useful, considering the trends and forecasts on the availability of fly ash, slag, and lithium admixtures; which are typically used to mitigate ASR.

Synopsis
The authors present the durability performance of concrete incorporating high-volumes of fly ash (with replacement levels of 56 or 58%), exposed to a harsh marine environment for 19 to 24 years, with various types of normal density and lightweight aggregates. The investigation included rapid-chloride permeability, compressive strength, chloride profiling, visual observation and microstructural characterization using scanning electron microscopy. The results indicated that high replacement levels of fly ash greatly increased the resistance to chloride-ion penetration. The results showed that high-volume fly ash concrete blocks with light-weight aggregate showed significant surface deterioration. It was found that the decreases in chloride penetration in concrete containing high volumes of fly ash significantly outweigh any reported decreased in chloride threshold. The results provide insight to the industry on producing concrete that can attain satisfactory service lives in such harsh conditions.

What is the role of water in the geopolymerization of metakaolin?
Sungwoo Park, Mohammad Pour-Ghaz

Synopsis
The authors answer the question regarding the role of water in the geopolymerization of aluminosilicates and within the structure of geopolymers. Specifically, the study investigates the role of water in the geopolymerization of metakaolin, a low calcium aluminosilicate. This is done through measuring the evaporable water and performing thermogravimetric analysis, Scanning electron microscopy, cyclic desorption and absorption isotherm determination and the total amount of pore water through Nitrogen drying. The results showed that, as far as the formation of the geopolymer gel is concerned, water only provides a reaction medium. Based on the experimental findings, the authors proposed a conceptual model for the microstructure of metakaolin based geopolymers, in which the geopolymer gel forms the main skeleton of the material with inclusions of silica residing within it. The hydroxylated surface of silica is hypothesized to account for the non-evaporable water with physically bound water being held within the ultramicro pores on the surface of silica and the free pore water sitting within the micro and macro pores of the main aluminosilicate skeleton.

Synopsis
The authors used forensic evaluation to classify the source of joint damage and identify aspects contributing to joint deterioration of regional roads (chloride-based salts are directly applied) and residential streets (salts are borne by vehicle tires) in Winnipeg, Manitoba, Canada. Cores were obtained from these roads and were tested for: absorption, rapid-chloride permeability, mercury intrusion porosimetry, air-void system characterization, scanning electron microscopy, x-ray diffraction and differential scaling calorimetry. The results revealed that the cores collected from regional roads had high intensity of microcracks and most air voids (both small and large) were filled with various levels of secondary depositions compared with the cores collected from residential streets. The authors explain the deterioration by a combination of physical and chemical aspects, due to the interaction of salts, freezing/thawing cycles, and wetting/drying with the hydrated paste. This provides insight to transportation agencies on the reasons for concrete joint degradation and possible mitigation/rehabilitation strategies.