Celebrating the Best in the Biz The Ottawa Chamber of Commerce and Ottawa Business Journal hosted another dazzling event for their annual award ceremony, affectionately known as the BOBs. The Best Ottawa Business Awards (BOBs) were held at the Westin Hotel on 15 November, 2017.

Giatec Scientific Inc. co-founders Aali R. Alizadeh and Pouria Ghods attended along with members of their team to receive the Best Performance in Sales Award. Winning this award came as a tremendous honour and great accolades to add to a growing list of awards the company has received. Last year, Giatec was awarded the 2016 Award for Best Performance in Exports.

The flow of elegant dresses and dapper suits that crossed the red carpet was reminiscent of the Emmy’s and American Music Awards. It was definitely a night to remember with an impressive turnout of over 700 attendees.

Making a brief appearance from Las Vegas, was comedian and former Ottawa resident, Tom Green. Green sent a personalized message via video chat to congratulate all of the winners.
Radio presenters, Sandra Plagakis from Kiss 105.3 FM and Mark Sutcliffe from 1310 News, were gracious and amusing MCs. The other half to the Carter and Sandra show made light of the fact that there are no losers at the BOBs. As much as the she had hoped to see nominees cry and scuffle over losing, everyone was delighted to take part in celebrating Ottawa’s best business leaders and companies. 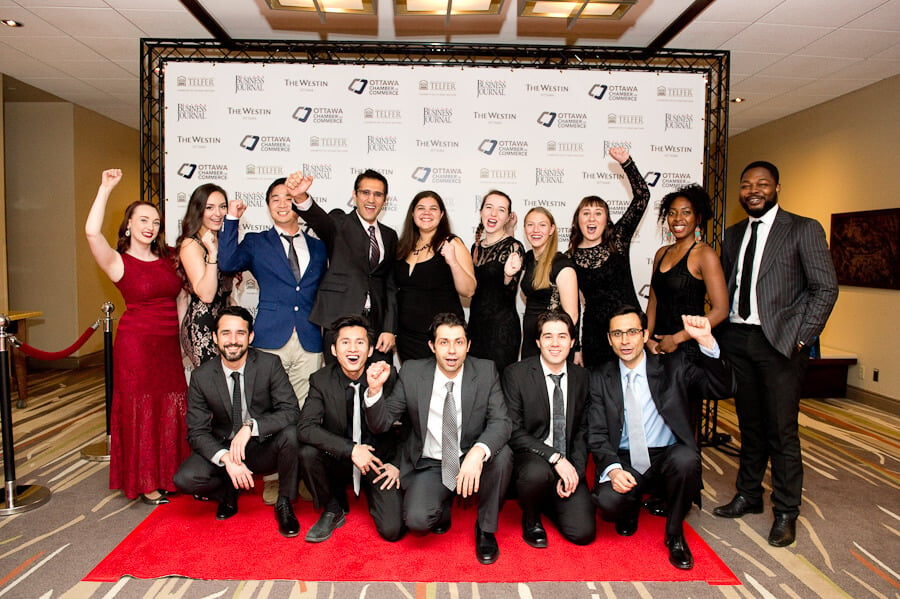 The outstanding work of John Ruddy, founder of Trinity Group, made him the 2017 recipient of the Lifetime Achievement Award. Rudy was recognized for his great contributions in sports and commended for his ongoing dedication to improving arts, healthcare, and education in the city.

Kevin Ford of Calian Group Ltd. was honoured with the 2017 CEO of the Year Award. Members from the Calian Group gathered on stage dawning t-shirts that said “I work for the most Freakin’ Awesome CEO in Ottawa” to pay homage to Ford while he received his award.

“In addition to the Lifetime Achievement Award and the CEO of the Year Award… the Best Ottawa Business Awards (BOBs) recognize[s] the most successful and innovative companies and business leaders who are driving economic growth and prosperity in the nation's capital.”
-Official Statement from The BOBs

Retail Deal of the Year

Technology Deal of the Year

Tourism Deal of the Year

Real Estate Deal of the Year

Global Market Deal of the Year

Newsmaker of the Year