Challenges with concrete can affect any type of structure built during hot weather conditions. However, additional considerations need to be taken into account for mass concrete elements. 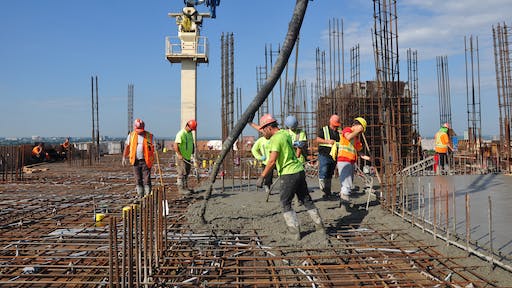 Summer can be the busiest time for the construction industry. Not only do the summer months provide the chance to get a lot done, but it also helps you avoid the challenges that come with cold weather concreting, like the freezing of concrete at early stages. However, hot weather concreting places several risks to the strength and durability of your mass concrete pour if adequate measures and calculated precautions are not taken to cool your concrete during the curing process. High ambient temperature, high concrete temperature, low relative humidity, and high wind speed—all of these are factors that could affect the quality of freshly mixed or hardened concrete which according to ACI 305.R10, could accelerate “the rate of moisture loss and rate of cement hydration, or otherwise [cause] detrimental results”.

Those challenges can affect any type of structure built during hot weather conditions; however, additional considerations need to be taken into account for mass concrete elements.

What is Mass Concrete & Its Challenges? 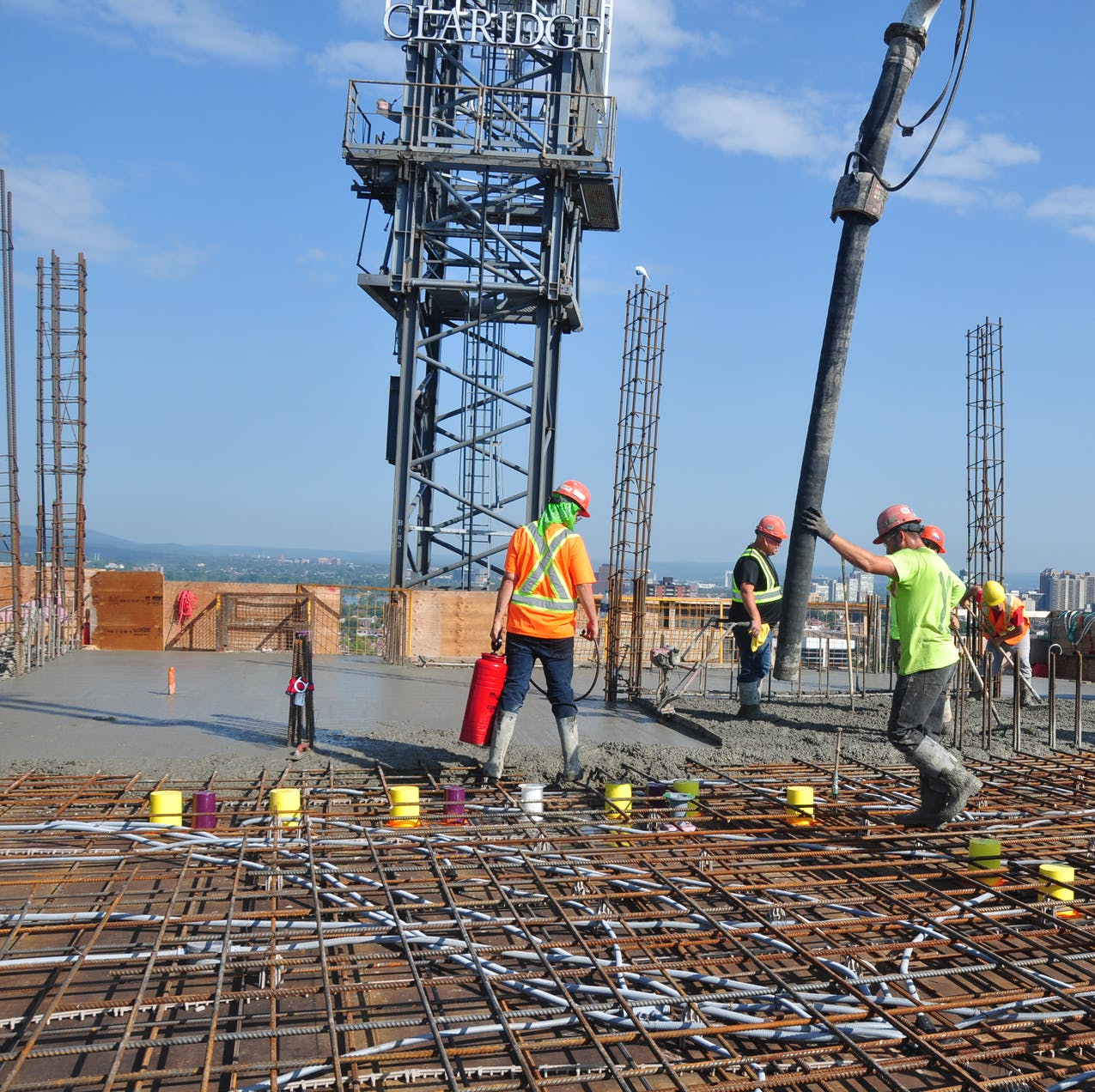 Maintaining appropriate temperatures and temperature ranges within mass concrete is a key to maintaining its durability and longevity. Click the image to read about how to use temperature monitoring to meet a required specification. Giatec Scientific Inc.

ACI 207-12 defines mass concrete as: “any volume of concrete with dimensions large enough to require that measures be taken to cope with the generation of heat from hydration of the cement and attendant volume change to minimize cracking”. Mass concrete is considered as such if the combination of its size and mix design would cause the element to have high internal temperature.

From a temperature perspective, mass concrete has two main challenges:

Both of those temperature limitations will be affected by ambient conditions and hot weather concreting.

Concrete generates a significant amount of heat as the cement gets hydrated. In a thin concrete element, such as a slab, that heat gets dissipated to the environment rapidly until it stabilizes with the environment temperature. In a mass element, typically 4 ft. (1 m) or thicker, that heat gets trapped inside the core (center) and will rise to high concrete temperatures. Because of the intrinsic concrete property to slowly dissipate heat, the concrete element will slowly cool down at its core. The concrete must be designed in such a way that the maximum temperature should not be higher than 160º F (70º C), unless otherwise specified by the engineer, based on pre-construction tests and the use of supplementary cementitious materials in the mix design. In any case, the concrete temperature must never reach over 185º F (85º C). Such high concrete temperatures would be detrimental in the long term and potentially cause delayed ettringite formation (DEF) which leads to significant concrete cracking. The heat rise (∆T, see figure 1 below) can be defined as the temperature gain in the concrete from placement until it reaches its maximum temperature. 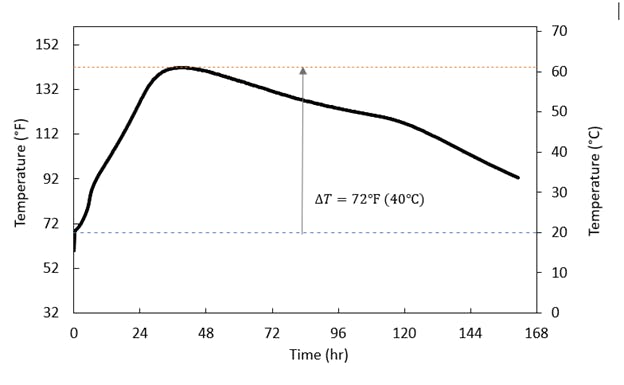 Figure 1. The temperature of concrete over a seven-day period. Giatec Scientific Inc. 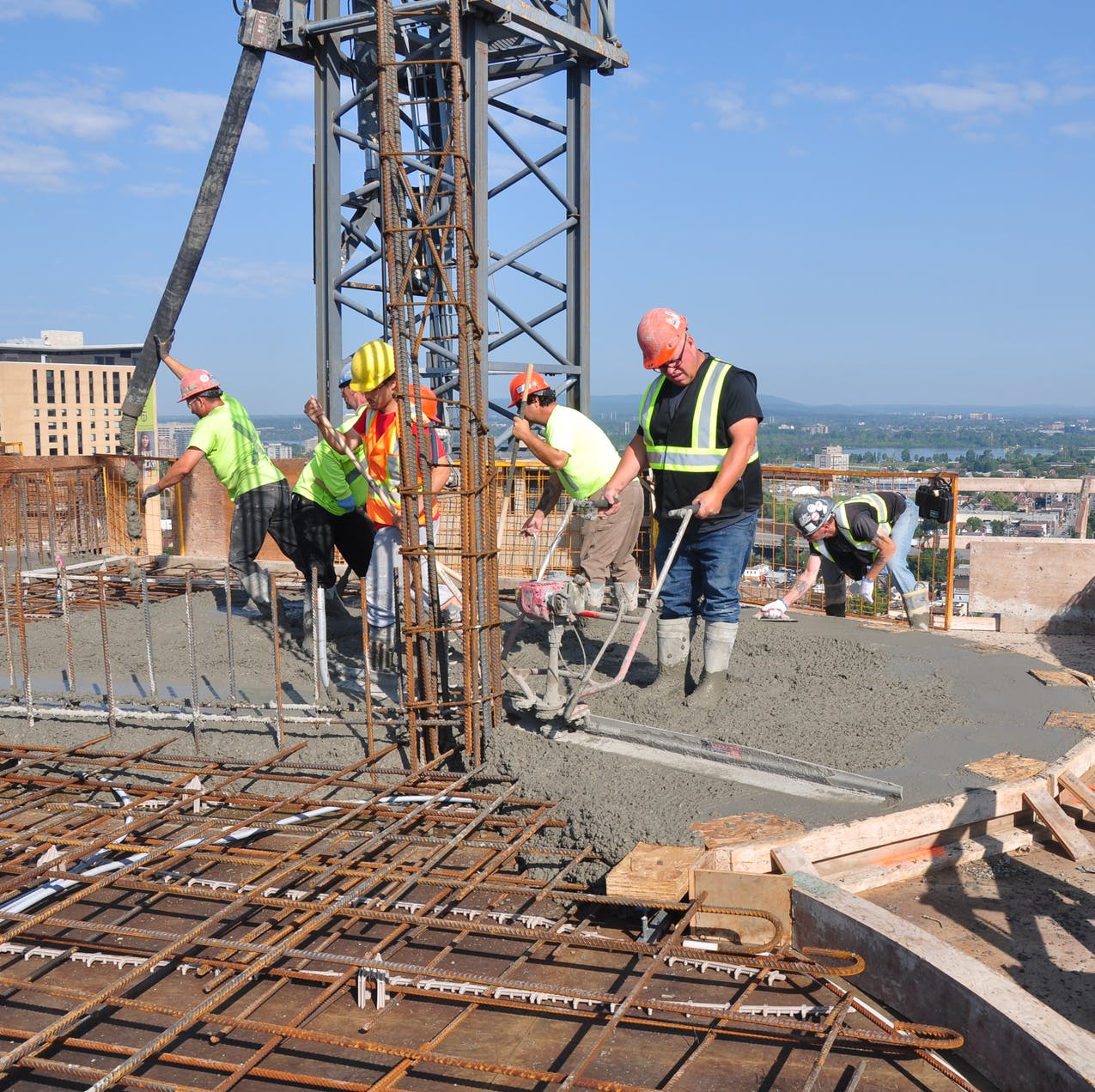 Curing promotes the chemical hydration of the cementitious materials within the concrete. Click the image to read about how to manage moisture loss and temperature of freshly placed concrete. Giatec Scientific Inc.

In order to mitigate the high concrete temperature at pouring some of the following techniques are regularly implemented during construction to reduce the initial temperature:

How Does Hot Ambient Condition Affect the Temperature Differential in Mass Concrete?

During the construction of mass concrete structures, tensile stresses and strains could emerge because of the difference between the temperature at the core and surface of the structure, and this difference is known as the “temperature differential”. These thermal stresses develop since the volume of the warmer region of the concrete expands while the cooler region contracts. The possibility of thermal cracking increases as the inner core of the mass concrete continues heating (hydration) while the outer surface of the concrete cools (heat dissipation).

Figure 2. The temperature of the concrete at its center and surface as compared to the ambient environment. Giatec Scientific Inc.

Sarah De Carufel, M.A.Sc., is the Manager of Engineering Solutions at Giatec Scientific Inc. where she utilizes her civil-engineering background to assist in the development of innovative products. She has over 5 years of experience in the use of technology in the construction industry and she brings this expertise to Giatec, the market leader in concrete testing technology innovation.

Keya Shirali is a Content Marketing Assistant at Giatec Scientific., where one of her responsibilities includes researching, writing, and publishing comprehensive content about various aspects regarding smart testing technologies in the concrete industry.

📍 Based in Ottawa, ON, Giatec | Smart Construction Solutions is revolutionizing the concrete industry by reducing CO2 emissions. Find out more about their origin story!🎓 No surprise, being a tech leader, that the story of Giatec begins with lots and lots of schooling. Co-founders Pouria Ghods and Aali R. Alizadeh both have their Ph.D. and P.Eng. degrees!☕️ In 2010, the idea of starting a company invested in creating concrete testing technologies came to fruition at a Bridgehead Coffee House in Ottawa, Ontario, and Giatec | Smart Construction Solutions was born.🌎 Now, Giatec employs over 70 individuals and their award-winning concrete sensor, SmartRock,…

Foreign markets ‘opening up’ for Giatec Scientific after COVID-fuelled lull